The city of Salalah is known as the “perfume capital of Arabia” and though it is claimed to be a popular destination for tourism with natural attractions, the nearby mountains and the abundance of frankincense trees lining mountain wadi courses, little is ever written of cruise ship visit experiences.

Cruise ships berth at the commercial docks, some distance from the city of Salalah and an approximate 25 minute taxi ride. Being a busy commercial dock area shuttle buses are provided to the port gate where passengers are unfortunately  confronted with a rather unsavoury haggling contest with local taxi drivers. Passengers should not be deterred.  It was made clear to us on the ship that shuttle buses were not allowed to proceed to the town centre and despite a very prominent sign at the port gate referring to taxi fares the drivers would not budge below $40 US despite the exchange rate indicating a fare of $26.00…

The simple answer is form a group of four and the $40.00 ride suddenly becomes very reasonable.

…which just as suddenly as it appeared it  disappeared. Our taxi dropped us at the Al Husn Souk…

Sometimes referred to as the Frankincense Souk – no surprise there, frankincense being one of the main productstraded along with other varieties of incense and perfume. Other outlets sell traditional Omani clothes and textiles. There are also large numbers of tailors’ shops here as well as a sprinkling of  simple restaurants. As Souks go the Al-Husn Souk was a big disappointment due as much to its open street layout as to its lack of a genuine souk atmosphere. It  obviously falls into the taxi drivers commission cycle and is of course on the scheduled ship’s excursion list.

Armed with a local tourist map obtained on board the ship prior to departure, we set off to find the first of our target sites in Salaleh.

This was the  Burj A’Nahdah, better known in English as the Clocktower. It is the most prominent of the monuments which decorate the many  roundabouts around Salalah….

The Burj A’Nahdah also proved a valuable reference point in finding our way to our next target, the Tomb of Nabi Umran. Also known as Nabi Imran,  he was said to be the father of the Virgin Mary…

The stone sarcophagus inside the tomb is 33 m long, which has given rise to speculation that he may also have been a giant. There is certainly no doubt that this is possibly the longest grave in the world.

There was no restriction on entry though little guidance on protocol was available.  I was therefore  wary of any internal photography particularly as on entry I noted other  people present who were at prayer. So I rely on this Youtube clip to share what I saw inside the tomb… 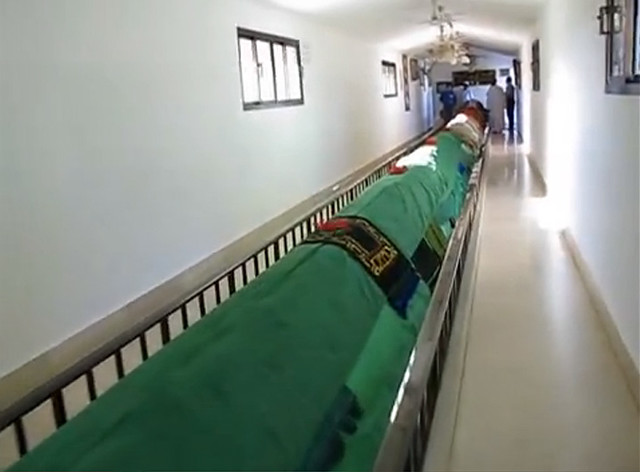 The site is a pleasant place, it has a small mosque next to the building housing the tomb, at the back of which there is a small garden with peacocks, guinea fowl and other birds. There was no charge for admission.
Around a 30 minute walk later we reached the next of our destinations, the Sultan Qaboos Mosque which was inaugurated in 2009. It has become a symbolic and landmark structure in Salalah and featured heavily on the ship’s excursion schedule.. The 40,419 sq.m. mosque has four entrances and can accommodate 3000 worshippers at a time. The mosque features a dome with a diameter of 15m. and height of 36m….

Salaleh has a long history. The city reached its peak between the 12th and 14the Centuries when it traded with Africa, India and China. Prior to the advent of oil its major export was frankincense, gold and the trading of Arabian horses.

The next destination on our visit was  the Al-Baleed Archaeological Park,  one of the most interesting places to visit in the Salalah area. 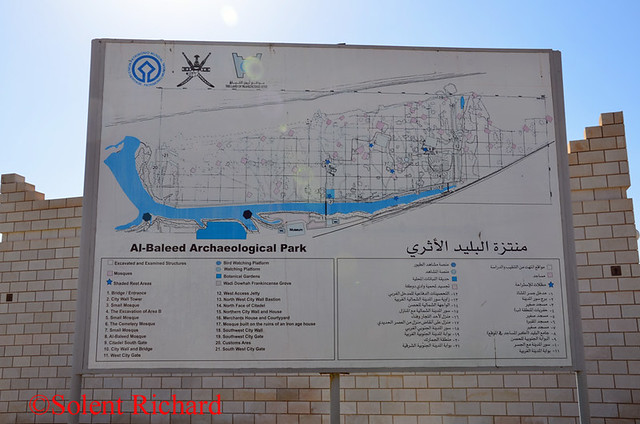 It is the site of the ancient port city of Zafar. The earliest settlement here dates back to around 2,000 BC, in the Bronze Age. It grew throughout the Iron Age, and you can still see the remains of a house from this period.

Archaeological excavation of the site has mainly taken place since the 1970s. The site covers an area of 64 hectares and there is a broad pathway, measuring 2.2km, which enables visitors to walk past all of the major structures, including the City Wall, Citadel and Grand Mosque. These are atmospherically floodlit at night.

And possibly the oldest Mosque in Oman…

At the entrance to the  is the  Frankincense Museum, again a popular destination on ship’s excursions… 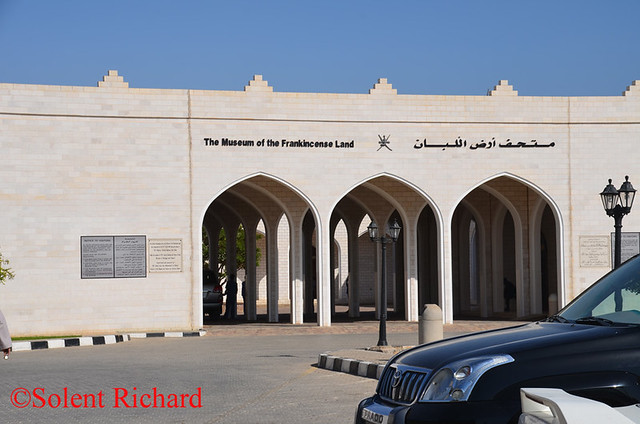 And of course, what it is all about, the frankincense tree…

The taxi fare back to the ship proved more than reasonable and in line with the notice at the port gate. It came to US $25.00 and that included the diversion from the Sultan Qaboos Mosque to the Al-Baleed Archaeological park and the driver’s wait time.

I can well understand cruise passengers oft written disappointment with Salaleh.  Without an interest in the history and culture of this unusual  Arab state there is very little to occupy the casual visitor: but to glibly write it off and stay onboard  your cruise ship would never be an option for me.

A self confessed Cruiseaholic...... with barely enough funds to support his passion!

Welcome aboard and nice to meet you. My wife and I are seasoned cruisers having first dipped our toes into the world of cruising in 1990, a one week cruise on board the Cunard Countess. The majority of our cruising has been with two cruise lines, Cunard and P&O. We have, however, sailed on 21 different cruise ships, some many times over, on 11 different cruise lines while completing 619 cruise nights on board.